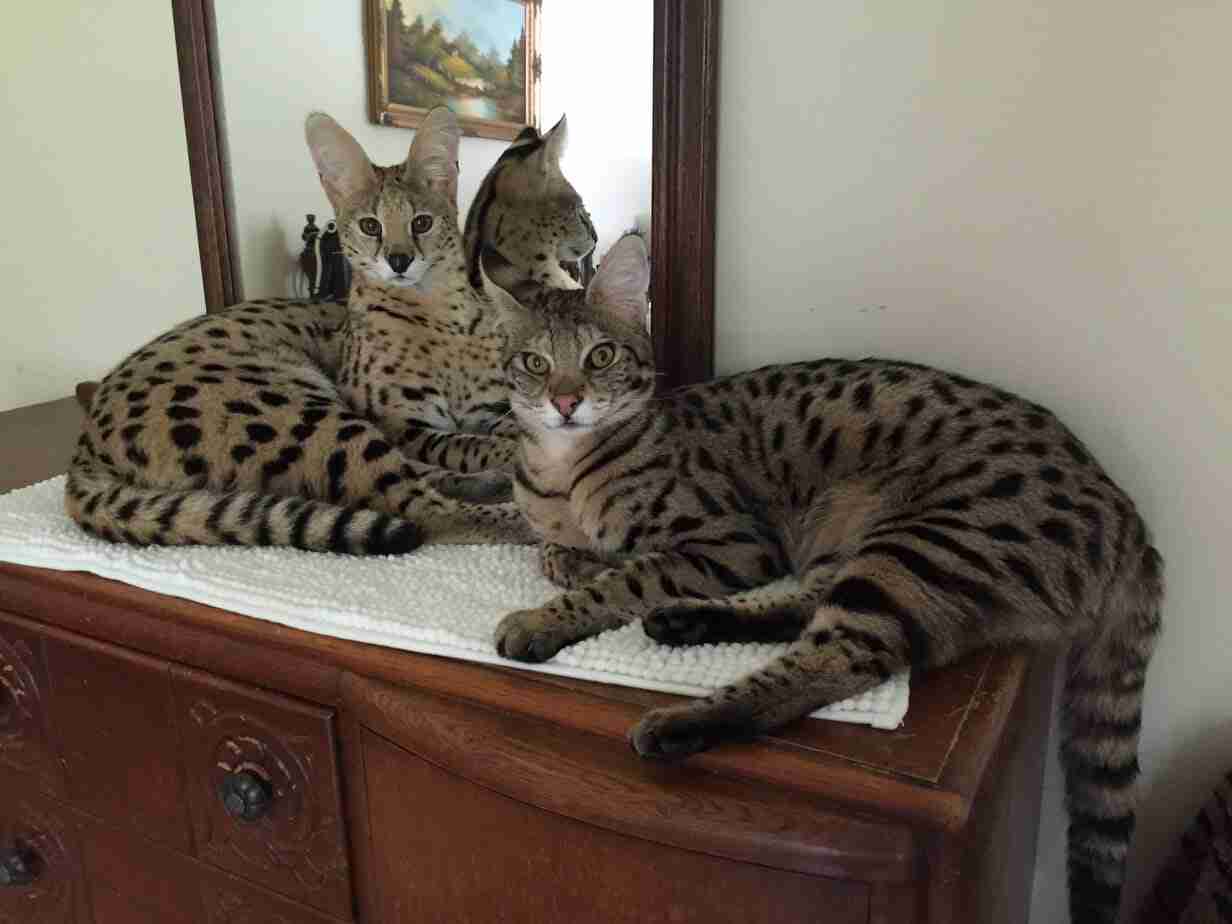 As soon as a person finds out about a Savannah cat or kitten, they also see F1, F2 or some such F-number.  In fact, when we at Afrikhan Savannah Cats breed any serval or Savannah cat, it results in an F letter and a number series depending on the parents.

The first generation of a Savannah cat comes from breeding an African serval to a domestic cat.  The kittens born are considered F1.

When we breed an F1, like the one pictured above, to any other Savannah cat it results in kittens that are F2's. This means two generations from the original breeding to the serval.

Another fact that is important to mention is that the only fertile kittens from these pairings are females. An equally important fact, the males are sterile until later generations. Some males are fertile 5 generations from the serval, F5. However, the F6 generation is normally where you will mostly find complete fertility in males.

Breeders complicate this process a bit by taking an F1 or F2 female and breeding back to a serval. This makes a few things happen. An F1 or F2 bred back to a serval that has kittens, F1's again. Regardless of what generation the female cat is, if bred to a serval it is always an F1. This means even if someone bred an F6 to a serval the kittens will still be F1.

When early-generation Savannahs such as F1 and F2 breed back to a serval, the female offspring seem to be infertile as well. Additionally, for breeding purposes, this is a dead-end. Not many breeders do this and for good reason.

As Savannah cats and kittens progress through the generations, there are several things to learn. First, the size will decrease somewhat for the first few generations then stabilize.  Some of the F1 and F2 generations are normally the biggest.  However, some breeders are finding very tall males in the later generations these days. So far though, not ever as tall as a serval.

In addition, the interbreeding of different generations can get a bit confusing. The easiest way to figure out a generation is by using the number of the earliest generation parent and add one. For instance, F3 bred to F7 would be F4. (F3 +1=F4). F1 bred to F7 is still F2 because F1 plus 1 is F2.

Once a Savannah gets to the F6 generation it normally is at the SBT level. This is a term that TICA uses for purebred cats with no other breeds for several generations.  SBT cats are eligible for showing.

Here, we have pictures of an F1 Savannah kitten, an F2 Savannah kitten, an F3 Savannah cat and F4, F5 and F6 Savannah cats below. This gives some examples of different generations and how the looks can vary.  Furthermore, the Savannah breed is still so new in terms of the Cat Fancy.  It will be many years and tons of dedication before we have the size and look consistency from breeder to breeder. 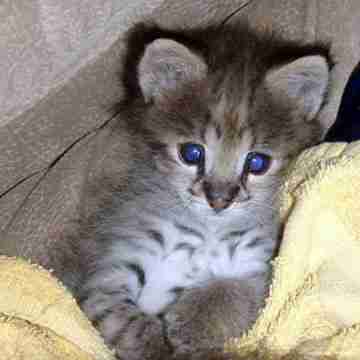 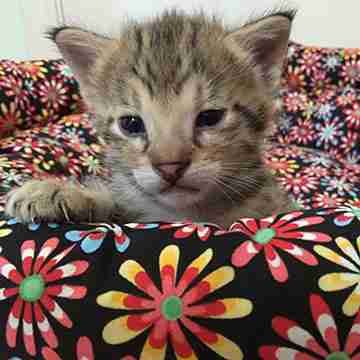 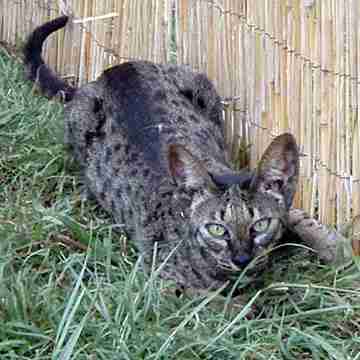 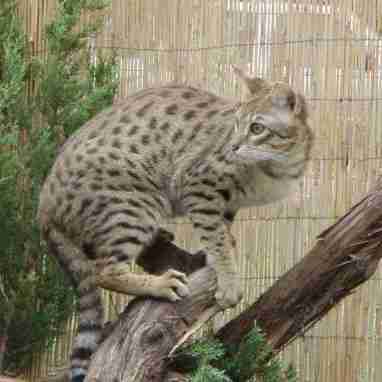 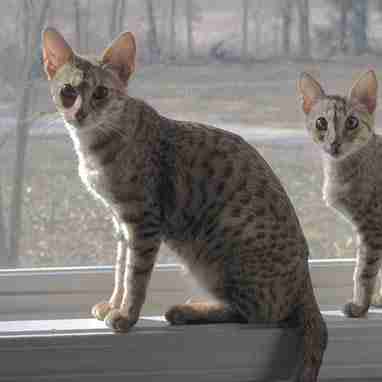 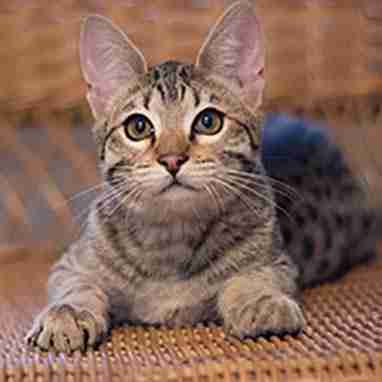 Here at Afrikhan Savannah cats, we want our kittens to have the very best start in life. Because the kittens that get the best start are normally the healthiest throughout their lives.

When Savannah kittens are first born, they have no real immune system. In other words, they get their only disease antibodies from their mom’s milk.  So, the first couple of days of life are critical for them to have this.

In the same fashion, the momma Savannah cat should not be stressed at this time either.  Particularly so she can give good quality food to her babies.  The mom and kittens need a quiet and separate environment.

Beyond that time kittens should be kept away from other kittens and cats until they have at least their first immunizations.

Not to mention how important it is to keep the babies from getting infected with something they have no defense against.

Due to these reasons, the new nursery was built separately from the house.  It has private areas where moms can birth and raise their kittens.

Likewise, the nursery also has its own air conditioning and heating system from the house.  No airborne diseases transmit to the kittens ever.

We chose white walls to ensure there is no dirt or bacteria that hide.  We take every step to make sure Savannah kittens from Afrikhan are as healthy as they can be.

Normally referred to as BST,  the range of background color can be

buttery golden to a light gray with black spots.

because we, the founding breeders, did not want to replicate the Bengal

The Black Savannah. Chosen to represent the rare but existent black

servals in Africa. While the Savannahs are still kittens spots are visible.

The Black Smoke Savannahs are closely related to the silvers.

“Lorre is a wonderful breeder. As such, I never had behavior problems with Aramis. He just fitted right in even after a long commuting flight to Canada. Customs kept him in his cage for hours. When he came out he was totally happy. He is always happy and so very smart.”

“…let me tell you, he has such a tiny voice you can barely hear him, but he lets you know when he wants to have your attention.  He sits facing the chair I’m in and sits up like a puppy begging and mews while his front feet paw the air. Furthermore, when I come into his room he mews like he’s saying “glad your here.”  I think he is awesome and totally Savannah cat!!!!!”

“Speaking of food and cats – I have a few to run past you. Bunchi a.k.a. Afrikhan Black Pearl, in addition, known as “The Feline Garbage Disposal” is fond of: avocado, watermelon, cantaloupe, croissants, pasta with or without sauce (meat sauce preferred), Nutri-Grain bars (blueberry), devil dogs – she got that from you!!!, cheese – american and swiss, NO havarti, butter has a certain appeal with or without the popcorn, and probably the craziest of all – corn cobs…

Now I don’t feed her large quantities of any of these foods, but she is amazing in her variety. Surprisingly, all of the above have never caused any stomach issues at all!!! Dragging the corn cob around growling was pretty hysterical though – that was herrrrrrrrrs! Thought I would share.”

“I have two of Lorre’s F2 Savannahs. Paka, who has a web page on Lorre’s site is Savio’s half brother. He is handsome and large and smart as a whip. My other Savannah is the lesser known, not quite as famous, but working her way up – Bunchi.

Bunchi is Savio’s sister. She is an adorably sweet kitten, with just the right amount of mischief. Lorre’s cats are well socialized, healthy, well taken care of animals.

I have personally been out to her cattery – it is clean neat and orderly. Lorre is an absolute professional and I can’t say enough good things about her. …..CT”

“Ai-chan has become very strong and has changed most part of her fur color to tan. The color of her eyes are changing, too.

She likes to play fetch with me with her favorite toys whenever I am available. She does it so well that she drops her toy right on my hand or lap after fetching them. Is this something Savannahs’ do without being taught???

She sometimes floods my bed with her toys; I guess she brings them along while I am sleeping. I am enjoying every moment of my time with Ai-chan.”

“I just have to tell you that everything you told me about my new baby is absolutely true and I just adore him! He is just such a lover and smoocher and kisser; I can see why you were getting more and more attached; we have just totally fallen under his spell!”

Savannah percentage may be the biggest myth a legitimate Savannah breeder may tell. It is a big personal annoyance of mine here at Afrikhan Savannahs.

This snuck into our breed a long time ago with someone explaining how their Savannahs were a larger percentage of serval. Of course, it was not true. Other breeders and even TICA judges bought into it and it ended up being a myth many believe.

There are a lot of breeders who understand that half the genes that are passed from mom and the other half from dad to the kittens. Mother nature does not intervene and sort the genes so that a kitten will get a higher percentage of serval genes and a lower percentage of Savannah or domestic genes. The genes are passed on from mom and dad at random and this is what makes some kittens look more serval or more domestic.

We can have an F4 that looks so good it could be mistaken for an F2 and an F2 that looks like an F5. Below is a graphic I made for the Savannah Cat Association that might help to explain that Savannah cat percentage is deceiving. 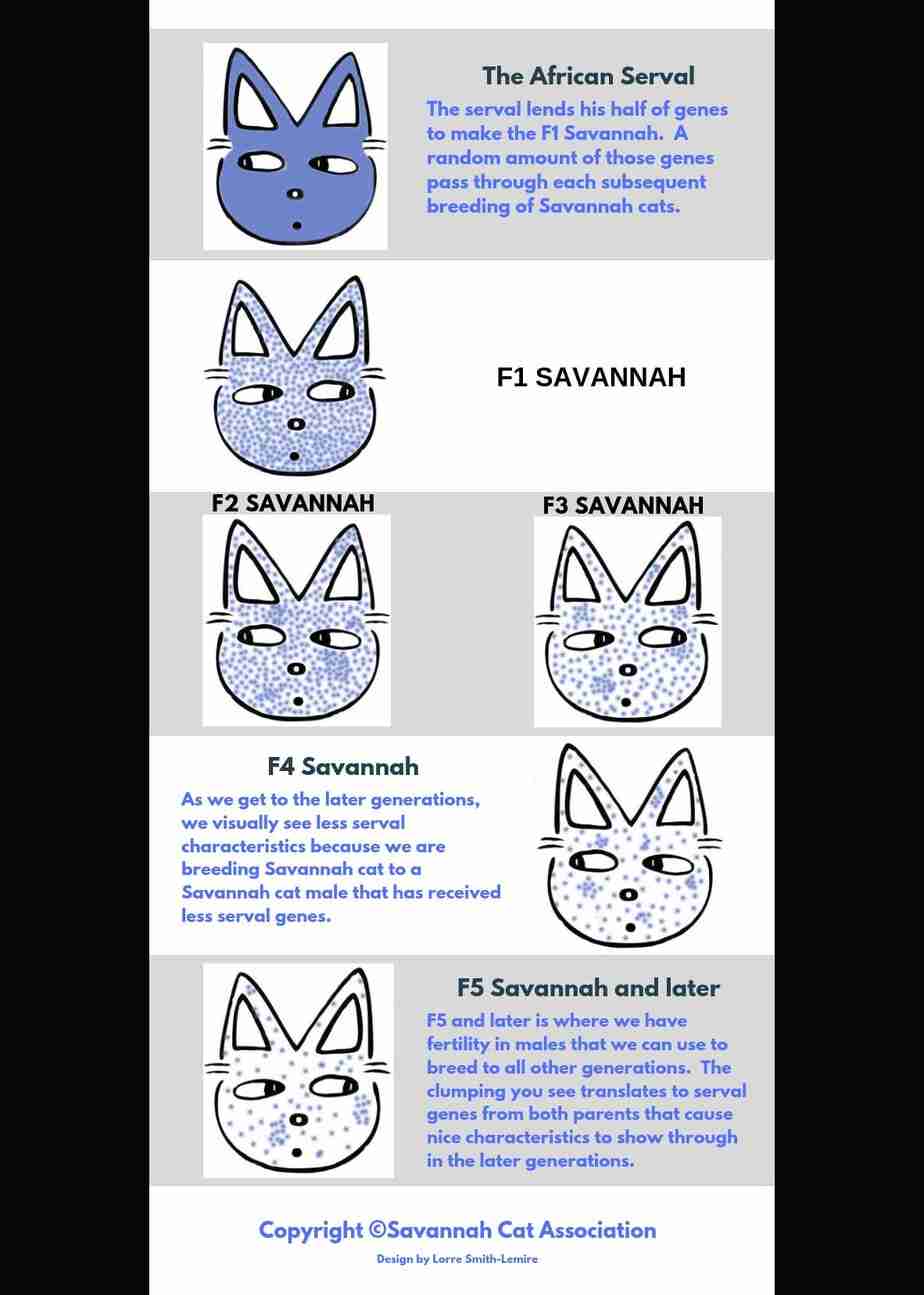 Proud
member
of these
Associations