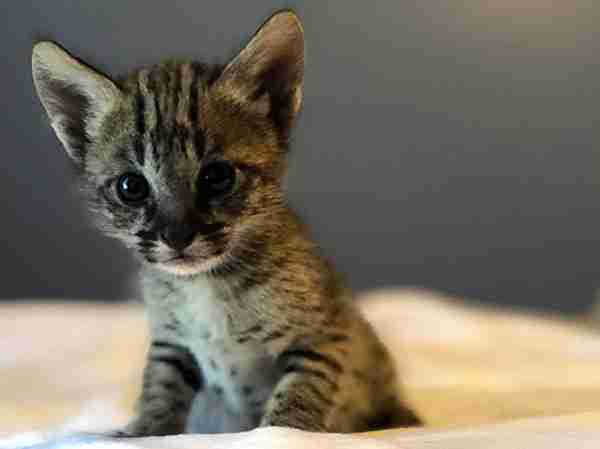 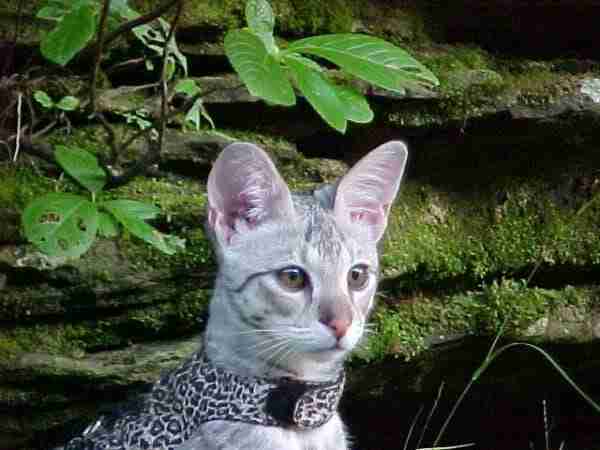 Savannah cats began with almost no effort at all.  In fact, the very first one born was from a cat the owner didn’t even know was pregnant.  Since then, a lot of time and work occurred to get the Savannah cat to the status of an ordinary house cat.  Make no mistake, they are for all purposes a house cat but ordinary will never describe a Savannah cat.

Our feline friends have always had a history of being either feared or revered. Some associated cats with evil and witchcraft. Other, more intelligent members of our species, realized cats were useful. They helped to keep unwanted pests and plagues away. The number one reason we live with our furry friends is that we like the relationships with our cats. Especially the unconditional love.

Companionship, attention, petting, purring and cuddling are the best. Together with a pet that is golden, spotted, huge-ears and big like a Savannah is the icing on the cake. Every day, Savannah cats are head-butting their way into hearts and homes.

What is a Savannah Cat Exactly

The pursuit of breeding a certain type of cat is not a new one and yet, we find new breeds cropping up from time to time. The Savannah cat is a new breed that is beautiful, loving and will always keep you laughing.

A Savannah cat is either golden or silver with black, bold spots covering the entire body. The other flavors are a black cat with black spots and black smoke.  The spots showing through the black at varying degree as a jaguar does.  These are all pictures on the home page of this site. Savannahs have huge ears very high on the head and a long graceful neck. The body of a Savannah is very sleek and muscular with long legs and a shortened tail.

The Savannah is a result of breeding an ordinary spotted-shorthair cat to a Serval. The serval is a species of cat found in the Savannah region of Africa. The Savannah cat has many of the characteristics of the serval. In fact, the Savannah has, as its goal, to develop a breed that looks like the serval but with domestic habits.

In the late 80’s, Judee Frank became interested in attempting to breed the serval cat to a regular cat. She was a Bengal breeder. The Bengal breed is another breed based on an Asian Leopard cat. That is where the idea stemmed from. Also, the serval has a unique look a pleasant and outgoing personality.  Personality had been lacking in attempted out-crossings to other species.

Judee Frank did indeed produce one female cat. She named her Miracle. The breeder of the serval was Suzi Mutascio. She insisted the F1 belonged to her and Judee gave it to her. Suzi renamed her Savannah and that’s where the name of the breed came from. Savannah produced several female kittens that established the first recorded Savannah litters.

The beauty and personality of one of those first Savannahs caught the eye of Patrick Kelley. Patrick was smitten. He talked to several breeders of other cats and they began to start trying to breed. In 1994 Savannah litters began happening in earnest. The kittens proved sociable and very beautiful, so a few others decided to breed. With these successes, more people became interested. They began breeding programs of their own. The process of breeding to a serval can take years. Yet, another handful of breeders began to be able to produce Savannahs as well.

In 1996 a few breeders applied to have the Savannah recognized by TICA. But, the TICA Board placed a moratorium on accepting any new breeds at that meeting. The moratorium was for two years, to revamp the New Breed Program and Guidelines. After 2 years, the Board extended it for two more.

It was not until the year 2000 that all the new guidelines presented for Board approval. The meeting was in Las Vegas and I still remember how happy I was. I returned from the TICA Annual meeting with the news that the moratorium was over. Our small group of Savannah breeders were on an online email group. The entire group of us cheered. This meant the Savannah Cat could apply, once again, for registration status.

We exhumed the Standard cat written in 1996. Our group of people had long discussions and work meetings online. We came up with a breed standard that would meet TICA requirements. Much of the original standard is intact today.

This new standard represented what the Savannah breeders wanted the cats to look like. The TICA forms were complete. I sent the application and the standard, for approval and the next meeting in February. If approved, we would gain registration status. Joy Peel and I went to the TICA semi-annual meeting and barely squeaked by with a 7 to 6 vote in favor of the Savannah.

While we worked to revise the breed standard, a formal Breed Association formed. The group officially became Savannah International Member & Breeder Association (SIMBA). We elected our first Board of Directors. Things started rolling and shaking for the breed then.

Once accepted for registration SIMBA helped many breeders become TICA members. We provided forms to help to register the existing Savannahs and servals. In that first year, SIMBA Board members helped to create 21 new TICA members. SIMBA grew from the original 18 members to 30. Also, Savannah breeders registered over 100 Savannahs. That was the beginning of our Savannah Breed. We were ready for our next step. We wanted to be able to show our Savannahs to judges, other exhibitors, the general public and the world.

In February 2002, the forms we applied for Evaluation show status. Joy and I again went to the TICA semi-annual meeting. I gave a thirty-minute talk and the Savannah was unanimously accepted. That meant any third generation, or later, Savannah could go into a show hall. This was the New Breed Program. Any TICA Judge could handle and judge that Savannah. This was a huge step in the right direction for our breed.

The first show that the Savannah was eligible to show in was in May of 2002. My female, Afrikhan Capisce, came out and made her debut. Capisce was a perfectly behaved girl and she got rave reviews from all that handled her. It was such a special day and such a win for me and for the whole entire Savannah breed.

The Savannah has made a hit and gained so much popularity so far. There are Savannahs in the United States, Canada, Europe, Asia and South America. The Savannah is in magazine articles in South America, Italy, Germany and Malaysia. It all started with those original 18 people who believed in the breed.

SIMBA instituted the first serval and Savannah cat rescue network. It crossed all the USA and well as Canada. There are separate rescues for the servals and Savannah cats now. Also, SIMBA no longer exists.

Savannah Cats as a Championship Breed

There were many levels to the TICA new breed program. Any new breed trying to meet registration status and Championship status has a lot of work to do. The Savannah cat completed all that work and attained Championship status in 2012. So, as you can see, we are still a very young breed. We still have a long road ahead to refine the cats and kittens of the later generations.